A place where I write, sometimes! 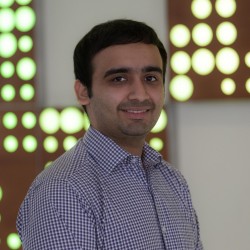 What I expect from the Google Nexus 6 (Nexus X)

The Google Nexus 6 may be called the Google Nexus X. Two reasons, first -the famous story Blade Runner features Nexus 6 super-advanced robots, hence can raise copyright issues. And second - to avoid a nomenclature confusion for their next smartphone which will be the 7th Nexus, and Google already has Nexus 7 which is a tablet.

Irrespective of the name (Nexus 6 or Nexus X), we know that the 6th Nexus is surely coming, and here is what I expect out of it. I will be addressing the phone as Nexus X in the rest of the article.

Well that’s pretty straightforward to say the least, but what about other features or specifications which are not much talked about?

Build Quality: Well, I absolutely love the build quality of the Nexus 5, but when compared with devices like the HTC One M8, it surely is a big let down. And now that it’s almost certain that the hardware will be built by Motorola, one can certainly expect a much better build quality than the Nexus 5. The Nexus 5 has a brilliant build quality, but the Nexus X may exceed it largely as it’s being developed by Moto.

Battery Life: Google has already worked on it, and the battery life on the Android L Developer Preview is fantastic! Yes, I say fantastic because I can easily say that there is at least 20% straight increase in the battery life of the Nexus 5 on the L Developer Preview. And this is not even the final version, not even a beta for that matter. It’s just a developer preview. So if Google couples this new software with a relatively larger capacity battery, we can have brilliant battery life on the Nexus X. Google has done some amazing work on Android L for the battery life, that being coupled with a huge battery can be a beastly combination.

Camera Improvements: Nexus 5 has an amazing camera in terms of hardware. But few other phones with the same lens and sensor take far better pictures than the Nexus 5. It’s because of the stock image processing Google offers. It is a known fact that Google never really took smartphone image processing too seriously (yet!), but considering how tight the mobile market is, coupled with the hardware Google and Motorola will use, a better image processing algorithm will be a big plus.

A 2K Display: Probable, but not impossible. We have already seen companies like Oppo and even Sony bundling a 2K display in their smartphones, so one would certainly expect the same from Google’s flagship device. But considering the fact that Google loves to keep the price low and offer value-for-money products, a 2K display looks unlikely. Nevertheless, there is nothing wrong in expecting it and if it does happen then I’m sure all Google fans are gonna love sporting their Nexus X.

Well, that’s about it. Apart from few hardware specifications, if the extra four features I mentioned above are also added in the Nexus X, I’m sure that it’s gonna be one of the greatest Nexus devices ever.

All the best, Google! Irrespective of what you may come up with, I’m anyway gonna buy the Nexus X.